PROFILE OF CHILDREN THAT MAGICAL MOMENTS REACHES OUT TO 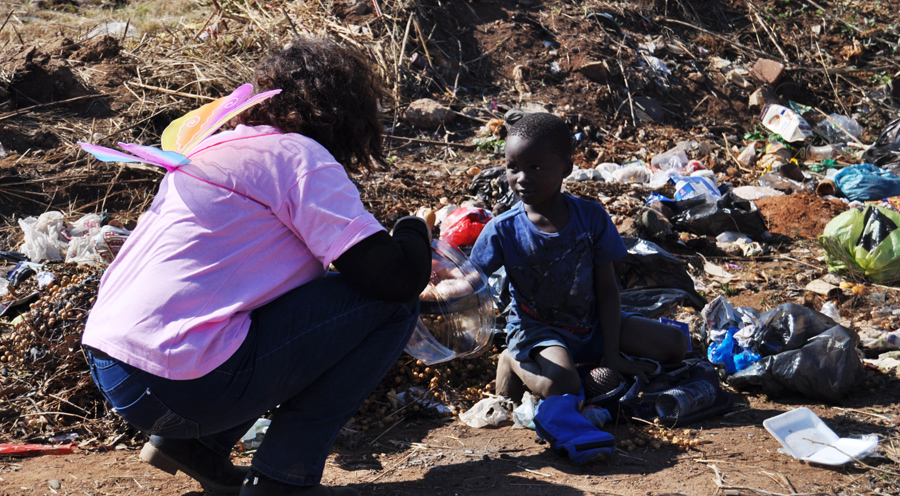 We reach out to abused, abandoned, disadvantaged, impoverished, neglected, orphaned, underprivileged and vulnerable children, living in Johannesburg, predominantly aged under 7 years, where home may be in other villages, towns or provinces. Many of the children are infected/affected by HIV/Aids, TB, cancer and other medical conditions. There are children living in the most dire and horrendous circumstances and environments, left to fend for themselves, exposed to alcoholism, prostitution, sexual and drug abuse, extreme neglect, ignorance, poverty, illiteracy, violence, apathy and other social ills – children “living with life-threatening diseases”. Many children have or will be raped, sodomised, child trafficked or may not even reach double digits or adulthood. Many girls will get pregnant in their early teens, and many leave their children in the environments that we engage in. The cycle of poverty, abandonment and neglect continues. 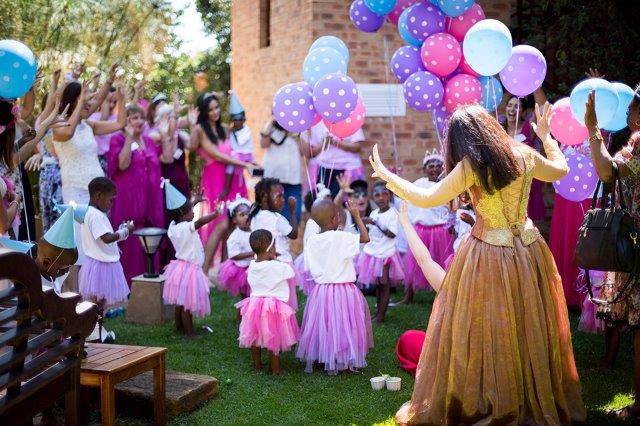 These are children on the fringe, who fall through the cracks as they are not all ‘AIDS’ orphans and therefore don’t get support, parents earn below minimum wage, don’t get into any support programmes and are not institutionalised. Some children live in backyard small rooms, are the children or grandchildren of domestic workers, gardeners and labourers. Most have unemployed parents or single parent families; some are child-headed households. And in some instances, both parents do work but are unable to give their children these childhood experiences that we are so passionate about; and fervently believe that they should experience, especially during their most informative years, during Early Childhood.

Many of the children’s stories are devastating and heart-breaking. They are inhumane, horrific and deplorable. Often scars on their bodies reveal their stories. Desolate and true. So while our photographs mostly depict happy children, dressed nicely and neatly, they are dressed from hand-me-down clothing, often donated by Magical Moments fairies (volunteers), washed at the day care centres prior to an outing (field trip). Our photographs are posted with respect to the children, to capture their happier childhood memories, rather than to exploit them for sensationalism, to provoke a reaction to manipulate for financial gain. They are not ‘on display’ and unlike many others, we will not parade the children like a Discovery Channel documentary. We do this out of respect, and dignity, to the children.

Beneficiaries who benefit from donations are 100% Black as defined on the Broad Based Black Economic Empowerment (B-BBEE) Scorecard.

These children live in squatter camps and very impoverished townships and environments. Donations help us achieve our aims, uplifting the lives of underprivileged and disadvantaged children in our country, during the most vital years of their childhood and foundation phase years, critical to human development which impacts the country in the immediate and long term.

Socio-Economic Development forms part of the government’s policy of Black Economic Empowerment and is one of the five elements in the revised Broad-based Black Economic Empowerment (B-BBEE) codes – encouraging medium and larger organisations to help the previously disadvantaged facilitate their own business or income. For their contribution, QSE and Generic entities will be recognised with valuable points on their BEE scorecard.

The revised B-BBBE Codes of Good Practice were implemented to reduce inequality, promote the growth of the black middle class and reduce unemployment, and, since the Codes’ promulgation in 2007, many companies have supported various skills development initiatives without recognition or the opportunity to earn valuable points on their BEE scorecard. Unlike Corporate Social Investment, Socio-Economic Development (SED) is a means for companies to help black people gain sustainable access to the economy and become economically active. Qualifying Small Enterprises (with a turnover of more than R10 million but less than R50 million) and Generic entities (with an annual turnover of more than R50 Million) can provide sector specific educational or training programmes for qualifying beneficiaries by monetary or non-monetary contributions. Their BEE score is then weighted on the annual value of their contribution.

QSEs and Generic companies can contribute to SED initiatives by assisting qualifying beneficiaries in various ways:

How the Scorecard for SED Works